Rehearsals have started and tickets are now on sale for Shropshire Drama Company’s (SDC) forthcoming production of William Shakespeare’s As You Like It at Theatre Severn, which takes place from 28 to 31 October.

When Rosalind is banished by her uncle Duke Frederick, who has usurped her father’s dukedom, she and her cousin Celia flee, with the clown Touchstone for company, to the Forest of Arden where her exiled father holds court. They assume the appearance of country folk and as a further protection and to avoid discovery, Rosalind dresses as a boy. They find themselves modest lodgings in the forest, and subsequently encounter the young man with whom she has fallen in love – Orlando, who has similarly been forced into exile by his older brother Oliver. He fails to recognise her in her boy’s attire and so she decides to remain in disguise and test his feelings for her.

As You Like It is a real feel-good pastoral comedy with few dark moments. It is a story of concealed identities, a flight from oppression, quick-fire verbal repartee, falling in love, reconciliations, and a finale of multiple marriages and happy endings.

Having performed Shakespeare since the company was established in 1958, and in particular at Much Wenlock Festival for the past 30 years, this will be the first time for SDC at the theatre. Director Rosalind Garrard said: “We have performed a number of diverse and well-received plays at Theatre Severn since it was opened in 2009, but we’ve yet to stage a Shakespeare production. People who have seen us perform at Much Wenlock will know that no corners are cut in terms of costume and imaginative, complementary sets. As You Like It will be no exception”, she added. 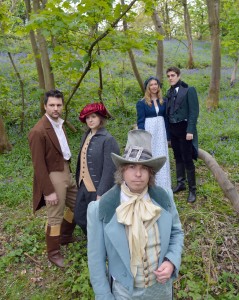 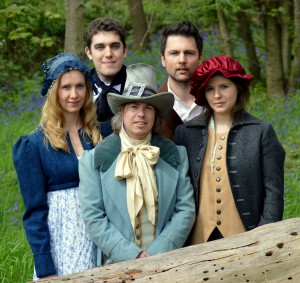 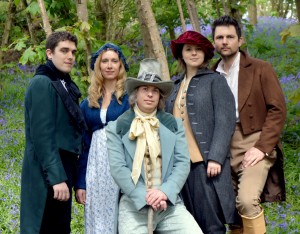 In previous years SDC has staged the following productions: Henry IV (Part One) in Haughmond Abbey as part of the Battle of Shrewsbury 600th Anniversary Commemorative Festival, The Lion In Winter at the Edge Arts Centre, King Lear, All’s Well That Ends Well, King Richard III, Romeo & Juliet, The Merry Wives of Windsor and The Taming Of The Shrew at Much Wenlock Festival, Inherit the Wind in St. Chad’s Church as part of Shrewsbury’s Darwin Festival, A View From The Bridge at Concord College and Ellesmere Arts Centre, as well as She Stoops to Conquer, Hay Fever, Creditors, An Inspector Calls and The Accrington Pals at Shrewsbury’s Theatre Severn.