Four songs of love and loss, a distillation of years spent wandering and playing. Presenting stories from a frozen midsummer’s night on a Danish island, the deep countryside of Belarus, streets in Bali and the wide black land of Minnesota, these compositions take their heart from time, silence and the mad, mundane and quietly beautiful vision of those who share the road.

Previous physical release (a Spirit Library) was a Folk Radio UK Album of the Year 2019.

Jonathan is old school and favours actual objects – vinyl, CDs, cassettes. A place to see as well as hear an album. He says: “Holding something in your hands – that will last and outlive platforms, services and servers. Something solid, like a relationship – long distance letter writing between people who love music. Like with letters – after a listen you can put the thing away in a box, against a rainy day. But these are exceptional times, when the world of things is shut down for most of us – and we’ve never been more grateful for staying in touch online. So this is the first in a series of short collections of songs – words from my voice reaching out to anyone with a will to hear.”

The track listing for Orphans of the Storm is:
1 Faint Falling Light – Written for the deepest indigo light that touches the far north night at midsummer
2 She Walks In Silence – First American practice of naming someone for their most prominent characteristic, elided with scenes from Bertolucci’s The Sheltering Sky and quotations from a German dancer (who took Jonathan’s portrait photograph
3 Strange Meetings – Those moments when the most fleeting of encounters has a powerful effect. A beggar in Aswan, a night-watchman in Johannesburg, a woman with her children fleeing domestic violence in Bali and a late night in a city bar with a woman called Lydia.
4 Carved in Bone – Love on an Easter tour from the Ruhr to Belarus. At Hatyn, fire in the snow and a bell tolling silence, to remember the lost. From Minsk State Prison to a radioactive opera house.

Orphans of the Storm is released on NiiMiiKa records and available everywhere from April 24th. 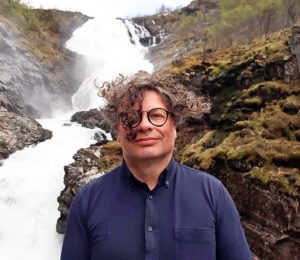 2 Orphans of the Storm artwork. 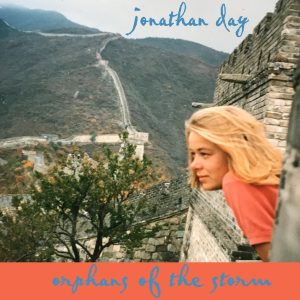