From Glastonbury to Chetton, acclaimed Canadian folk band The Fugitives return to the UK for tour of intimate rural venues

An acclaimed Canadian indie-folk music band returns to the UK for a two week tour of rural England from the end of October.

Vancouver based The Fugitives will not only be playing in village halls and churches, but have already invited choirs located in and around those venues to join them and perform a song entitled Ring, a single off their latest album, re-arranged for choral performance and available to view as a brand new video HERE.

The band, who will also be promoting their latest album Everything Will Happen, bring brilliant musicianship, top-notch song-writing, complex vocal harmonies and a funny, uplifting vibe to their live performances. Described as ‘the missing link between Leonard Cohen and The Pogues’, they have been nominated for Best Vocal Group at the Canadian Folk Music Awards, Best Roots Album at the Western Canadian Music Awards, opened for Canadian folk icon Buffy Sainte-Marie and also played a slot at Glastonbury Festival as part of their UK tour in 2014. Supported in some areas by the Rural Touring Scheme, the forthcoming shows will also precede a series of dates in Europe.

Arts Alive organises the Rural Touring Scheme in Shropshire and Herefordshire, and its representative Sian Kerry was part of the delegation who watched The Fugitives perform at the Canadian Showcase. She said: “We knew immediately that they would be ideal for the sorts of tours we support and go down very well with our audiences. They have a varied repertoire, great crowd rapport and a nice line in banter and they are also excellent musicians!”

On reaching out to rural areas of England with their live music experience, spokesperson for The Fugitives Brendan McLeod said: “All these shows are grass roots organised. They’re put on by people in their community for people in their community. There’s a spirit and aesthetic to that which matches what we’re going for as a band. It means so much more to be sharing music with an audience you actually interact with, where you eat and sleep in their community, and hang out with before and after the show. It’s more intimate, and meaningful. Also, we’ve been touring for ten years now, so we’re getting older and creature comforts matter more. We want to make sure we play places where everyone can direct us to the best breakfast in town!”

The Fugitives are on YouTube performing their previous single Bigger Than Luck HERE. 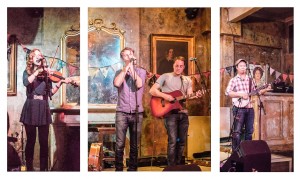 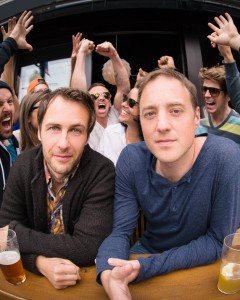